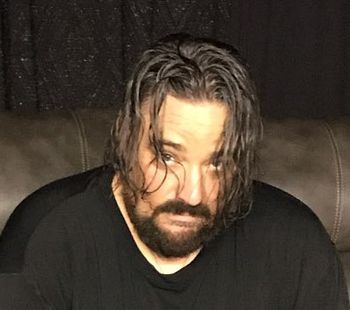 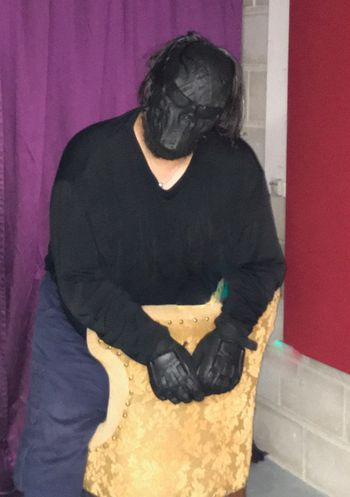 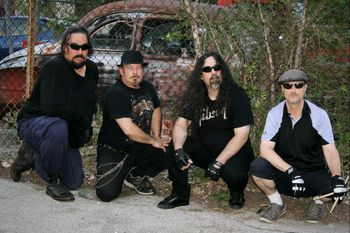 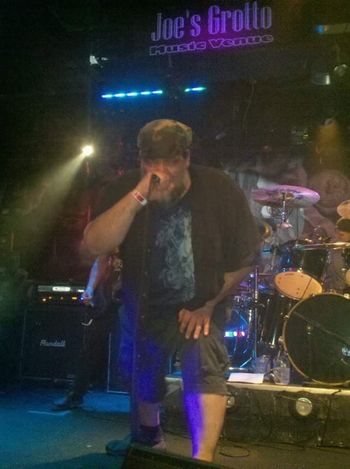 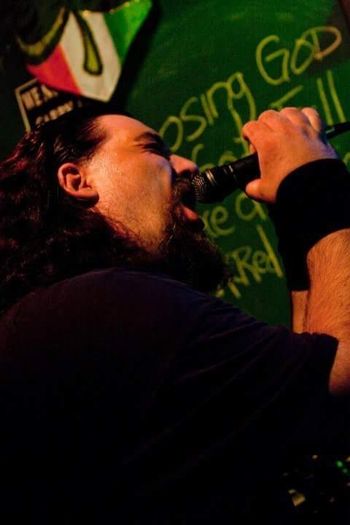 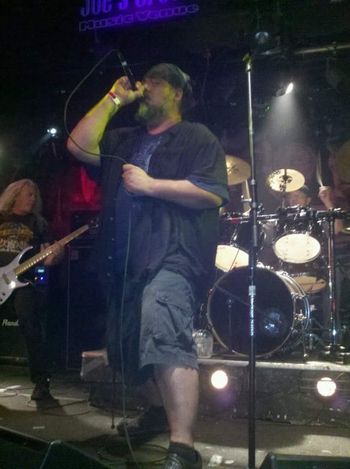 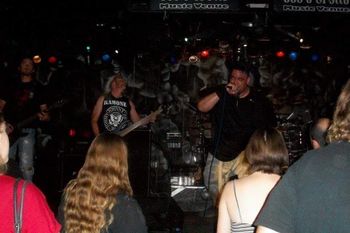 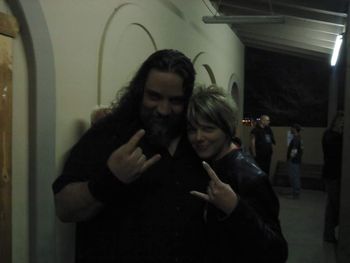 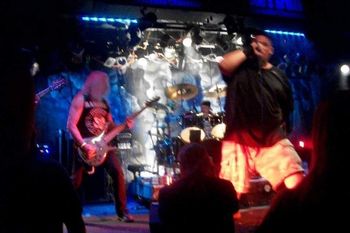 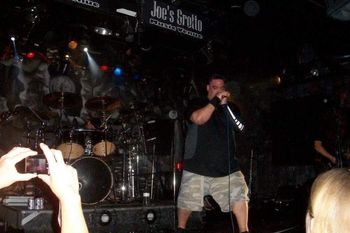 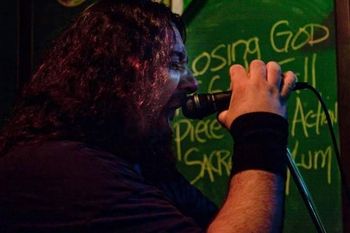 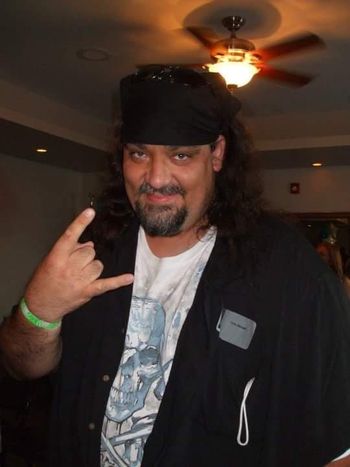 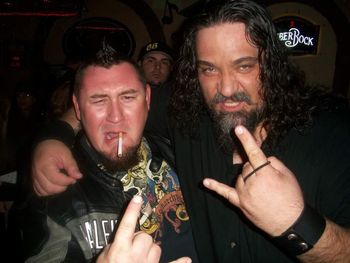 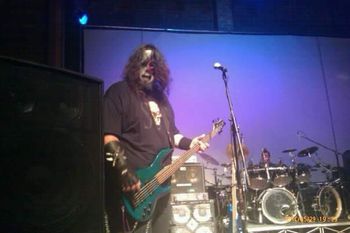 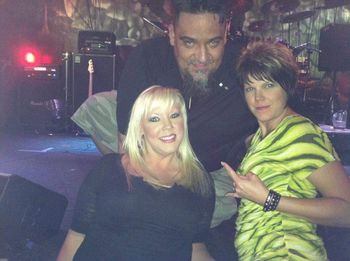 Chris was born and raised in Buffalo, NY until the age of 25. He found out in his late teens that he had a natural gift for music and started to explore by playing keyboards and following in his father’s footsteps and playing drums. His greatest talent, though, was vocals. He was personally taught to growl by Chris Barnes of Cannibal Corpse and Six Feet Under fame, and modeled his style after Burton C. Bell of Fear Factory (Who he would later meet).
At the age of twenty five, Chris relocated to Phoenix, Arizona and immediately landed a lead vocalist role with the band Tainted Faith (Dennis Huff of Las Vegas radio station KOMP 92.3 played guitar). He proceeded to jump from act to act for several years (Omination, As Gods Fall, Obsidian Core) until he landed playing bass for the local band 13 Down. He stayed here for a year until one night, while doing mic check at the Fabled Joe’s Grotto in Phoenix, he performed a 30 second acapella version of Pantera’s Walk; getting the crowd riled up and upstaging vocalist Tony Down (Tony Christianos). He was released from the band the next day.
What happened next was a dream comes true, as Chris was approached by Local metal giants Unforeseen to come and audition for their recently vacated lead vocalist position. The next  four years of progressive thrash metal helped to elevate Chris vocally to the ranks of extreme metal vocalist (ability to scream, growl, and harmonize quickly). After the band disbanded in 2013, he went into retirement, but never gave up refining his craft.
Due to family commitments (and the desire to escape the desert southwest and dead metal scene), Chris came up to Mississauga, ON, Canada. He looked for several months for venues to sample the local rock/ metal scene, but to no avail. It was a simple email through bandmix.ca that brought Christopher “Arizona” Bennett and Demolition Rage together. The potential for brutal rock/metal sounds has increased incredibly with the addition of the now accomplished extreme metal vocalist from the desert and Ontario’s penultimate metal act. Look for new music coming from these guys that will make you rage once more!